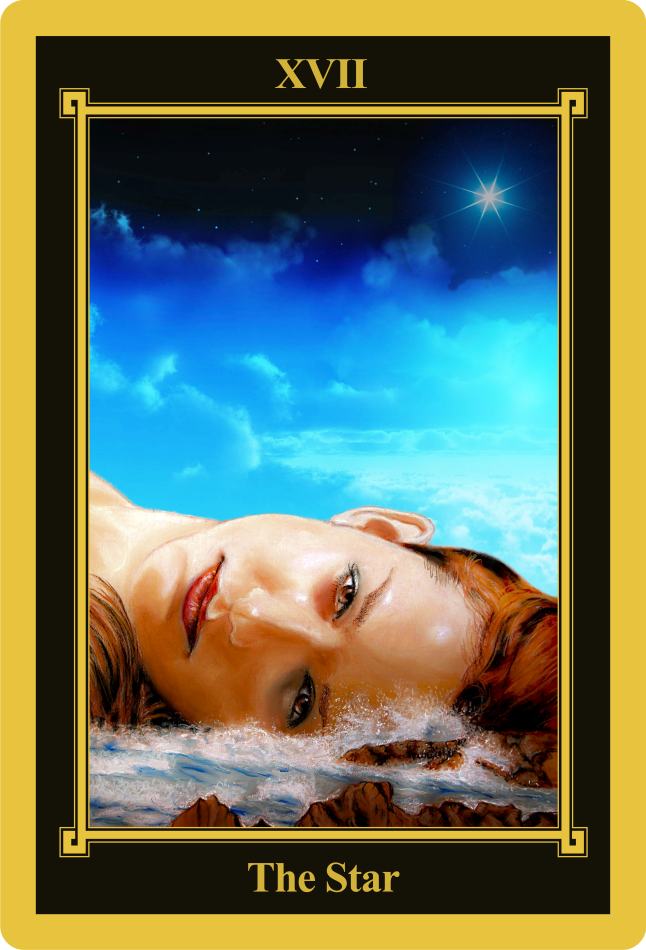 Inspiration for the interpretation of the card „Star”

For illustration of the card „Star”, I chose one of my own experiences.

Children are our stars

My son and daughter are each from a different marriage and there is an eight years age difference between them. My son is from my first marriage, which only lasted for a short time, I was twenty at the time and my wife was eighteen. When I was getting married for the second time, I was two years older, but she was also eighteen. I don’t know, I was just attracted to young girls. Maybe because my mother also had me before she was eighteen. I tried to spend time with my children, to bring them up to be independent and let them, so to speak. “Bathe in the waters of life.”

There is and eight years age difference between them and they have completely different personalities, but we are all very close. I remember two episodes from our life. The first one was with my daughter.

She had ambitions and daydreamed since she was little. she was beautiful and wanted to be a model and later a photo model and so on. Moreover, she is an Aquarius. But she didn’t do well at school. not everyone can do it. she used to come home with bad grades and we started thinking what to do with her.

“The same as you with the man, how you dress display windows,” she meant me as a painter and my friend who is a display creator, because I once took her with me when we were decorating a display window of one shop. What was interesting for her was that even though it was a shop with water pumps, we also included her large collection of Barbie dolls with houses and other accessories and we incorporated it with the pumps for houses and gardens.

I was shocked. That’s what I call ambition. oh well, Aquarius. When she understood how difficult it is to find a job where you just advise someone, she abandoned this idea and came up with a new one.

“What if I went to a hotel school?”

“You think?” I didn’t want to bring her down, but in my head I saw her bad grades on the school reports.

“The grades might be a problem, ask your teacher,” I pushed the responsibility on the school. They were the experts, after all.

“Then I’ll go to a vocational school and become a shop assistant,” she said after a consultation with her teacher. It was a relief to a degree. In the end, she didn’t get in and went to a private vocational school, which she unfortunately didn’t finish. Today she has experience working as a manager at her own restaurant in England, she is still full of ambition and humour.

“Daddy, I think we’re doing very well. You went to university and so did brother. I might have only gone to secondary school, but on average, we’re a well-educated family.”

I also have one experience with my son that I can never forget. I was in the advertising business and he was finishing college. I wanted him to start helping me so that we could work together in the future. He started coming to my office and I tried to familiarize him with my work. That lasted about a month. He was enthusiastic at the beginning, but gradually I saw it wasn’t so great for him. And suddenly he stopped coming altogether.

I waited patiently but nothing happened. When I was getting ready to call him, to see what was going on, I got an e-mail:

“Dear daddy, I am sorry, but I cannot work with you. You are an authority and only want me to do what you want, but I have my way of doing things. don’t be mad, but rather than work as your employee, I would like to remember you as a nice daddy who read Winnetou to me when I was a child, because I want to go my own way.” What could I say to that? A son wiser than his dad.

In both cases I understood my children and let them live their own lives. And I am happy, because they are their own people and they are able to give joy to others and also to each other, to the people close to them and also to me.