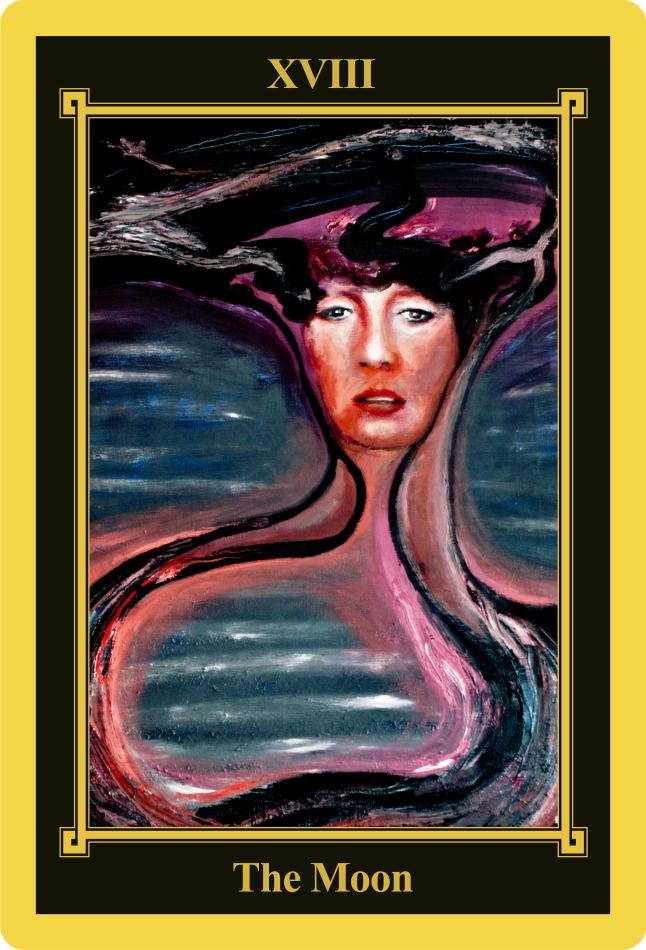 Tarot card "Moon / Luna" and the zodiac sign of Pisces

If you were born in the zodiac sign Pisces and you drew the tarot card “Moon/Luna”, then you have to think about yourselves, because there is a big obstacle in front of you and you cannot swim around it. You will have to decide.

Pisces are sensitive people who usually listen to their intuition. Naturally they mostly choose the path of least resistance. The world for them is an ocean, in which they can swim freely and without trouble. That is why they will only rarely be cornered. But if they feel nervousness around them, they can be seditious and full of hate. We will often only recognize Pisces in the time of need, because they have all-encompassing human compassion. Pisces is the most susceptible sign in relationships. They are easy to seduce and they will establish a connection with anyone anywhere.

They often suffer from having such an open heart, but because they are afraid of a fall, they often try to protect themselves with dishonesty. It's because they intuitively know that not many people want to hear the truth and a world with a little bit of imagination is a much nicer place to live.

From the close people I have met in my life, I chose a typical Pisces and a story which corresponds with the tarot card “Moon/Luna”. 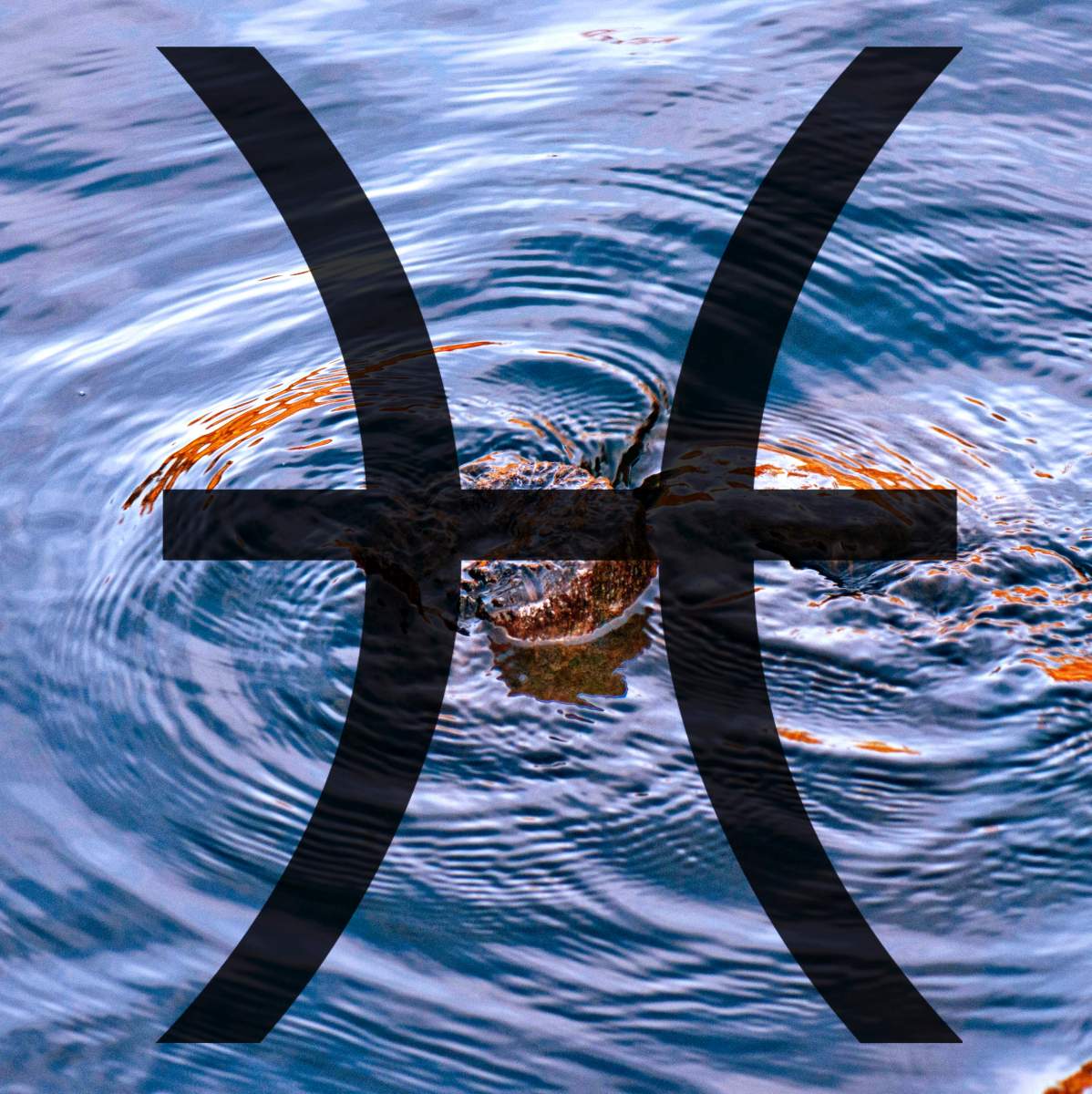 Pisces. My whole life I have noticed Taurus and Virgo in my proximity. I read in the horoscopes that Scorpio would get along well with Pisces, but I had never any. Or I thought I hadn't. Until, I met, after thirty years, my love from the past, my present day partner, who is Pisces. At that moment I inquired into it with my friends and I found out that also my classmate from vocational school I was still in contact with and my friend, who is a graphic designer, are Pisces. He is the only one who is a typical Pisces, he was born on 8th March. My classmate and girlfriend are partially in the sign of Aquarius, as they were born after 20th February.

One of my few friends, who is a graphic designer, is a typical Pisces. That means the last sign without an ego, but thanks to that is completely free. We are both named Jirka and I often started our discussions like this:

“Jirka, you are so lucky, you don't have to fight your ego to be free, you are free in your core. But what about me, a Scorpio. Do you know how much work it takes for me to be free! Before I get to that freedom, I am exhausted. And you are swimming through life and nothing troubles you. Because when you don't have an ego nothing can trouble you. But for me it takes so much work not to take anything seriously, to not take myself seriously.”

His understanding for others is incredible. We have known each other for more than twenty years and for him it has always been natural. He has many times been rebuked by me for it: “Oh well, it is easy for you to understand others when you are a Pisces with no ego. I also ttry to understand others, but I'm always waiting who will understand me.”

He's not waiting for anything. He takes life as it comes, as it is and he follows the path of least resistance. Which in my eyes makes him a beautiful person. We can talk about anything and we understand each other and we can finish each other's sentences even when talking about the most abstract topics. Because it's not about what we are saying, but only about what the topic is and if it can be expanded further. So he tries to swim through life without conflicts, and if he ever gets into one or if I talk about my escapades, I hear only:

But I know him by now and anytime he starts using this sentence, I immediately lighten the tone of the discussion.

On the other hand, there are also more serious situations and if you try to please everyone it gets even worse. My girlfriend has two granddaughters. The older one is four and we are best friends. When we play on princes and princesses and someone else, even grandma or Mummy try to intervene, they are turned away.

“Leave us alone with Pops, go away. We don't need you.”

In those situations, of course, I gently tell her off. She cannot say things like that. On the other hand I understand that children younger than six need above all love and verbal communication and not a passive entertainment. That was one side of the coin and now the other one. Her real grandfather is the ex-husband of my girlfriend. She is happy to have me in her life but as a Pisces she also tries to formally maintain her real family. And so I have become “the fun Pops”, so that her ex-husband doesn't feel angry for someone taking his granddaughter away.

I understand. She is his granddaughter and my girlfriend is doing the best she can to make her life seem harmonious in the eyes of the close ones. She doesn't want any conflicts. Again, I repeat I understand. I have also looked for my biological father, irrespective of what he was like. But the question is, how long this can last, because a future conflict is inevitable. I once hinted at that to my girlfriend.

“I'll deal with it when it comes to it,” she replied and I saw in her face that she was hoping it would never come. And because she is a Pisces, and she is who she is, in her nature. I don't know what is going to happen, because the most important thing for me is the beautiful mutual relationship I have with the little girl, the same as with my own grandkids or even with kids who are complete strangers.

Which is one more thing I would like to talk about. I worked for a week as a manager of a bed and breakfast in place of my young friends who went on holiday and trusted me. I knew there would be two families coming, each with two children. They arrived. Fathers managers and kids with the most expensive toys. The parents were content, looking forward to enjoying themselves, but the children were a bit sad and constantly talking back. So the parents immediately rebuked them. The parents went to the rooms and I stayed alone with the children. It didn't take me long to understand their thoughts and to start a conversation. It is much easier than with adults who have been “straightened out” by life.And how did it end? In the evening I went to the restaurant where the families were having dinner, my young friends had already come back from holiday and took over the B&B and I was enjoying my beer before my morning departure. The oldest child suddenly appeared at my table and started talking to me with abandon.

“It's a shame you're going away,” he surprised me. He whisked away and in a moment all four were standing around me. What a discussion. Honest, with no excuses. After about twenty minutes, I became worried that their parents might be looking for them. So I asked:

“And what about your parents?”

“Oh, they're in the next room drinking!”

“You should go and keep an eye on them, I have to go because I am leaving in the morning,” I turned it into “adult” responsibility.

They understood. We said goodbye and they went to “keep an eye” on their parents, so they wouldn't overdo it.

Finally, I would like to mention my friend who was my classmate at the vocational school. When we were at a boarding house, he behaved like a typical Pisces, he avoided all conflicts and preferred to do what he was told by me or by our friend who lived with us. But we started to abuse it. However, he endured our oppression. At the same time, I like him, but from today's perspective I was compensating for my failures and he put up with it. We met again at a reunion after thirty years. I arrived one day in advance. So did he and we  were sleeping at our friend's house who organised the event. He gave us his bedroom, so we had to sleep  in one bed. We were chatting for a long time, then lied down and I told him before we went to sleep:

“Ladík, I am really sorry for what I was doing to you thirty years ago, it wasn't fair from me.”

You should have seen his face.

“Jiřík, thank you so much.” And now I was surprised. He remembered everything. And I have probably, inadvertently, released him from his big trauma from youth. As you can see, time is not as important in our life as our behaviour. It is never too late.