Inspiration for the interpretation of the card „Magician”

For illustration of the card „Magician”, I chose one of my own experiences.

I  was living under the socialist regime until the age of 33 and, despite all the issues, I was lucky enough to finish art school as well sociology on Faculty of Arts. I liked foreign advertisements and my dream was to create them.

I have entered the industry after the Velvet Revolution. I applied for a general director of a marketing agency, got the job and created a thriving team. Overtime, the company became very successful in the market and the clients were everything but insignificant. It was really challenging but I was fulfilling my dreams. And it was worth it. It was a wonderful time - we lived like a big family and created interesting advertisements.

We have even created a TV ad including jaguar cubs, which we had to bring from the Zoo to the film set. I have made a deal with the movie agency and waited for them on the set. I started to suspect it is going to be quite expensive when I saw 20 people arriving. When I spotted a professional movie camera in the hands of a very experienced camera man, I noted: ‘It seems as if we were making a movie, right?’. He excitedly agreed. That moment I understood that every second is going to cost a lot. Everyone was at his/her marks and waited for the jaguar cubs to arrive. ‘They are not trained? Well, that’s not going to work’, said the director.

‘It’ll be alright, you’ll see’, I said putting myself immediately into the role of the organiser of the whole thing.

‘Aaaand...action!’, called out the director as the filming began.

‘ That’s really not necessary! It was powerful, everyone was excellent and the cubbies behaved amazingly!’. I was full of admiration while counting the hundred thousands in my head. It worked, however, that was not the grand finale of the shoot.

The music part to this ad was organized by a colleague of mine. Instead of a recorded music, we had Tesarik brothers from Yo Yo Band. It was completely unique. They were excited about it but I was not sure what the client is going to think. I am not going to lie, they were shocked but eventually really appreciated our creative vision (especially once their entrepreneur friends saw the ad on TV). I was just a marvellous period of my life but... ‘my’ people eventually became professionals who desired to set up their own agencies and started to leave the company thus destroying my dream. I felt like I was experiencing a great injustice - it was me who taught them everything and they are not grateful at all! Of course they left to make their dreams come true and I did not handle it very well and ended up giving my notice because it felt like a betrayal. Fortunately, I found a place in a different company and realized that everyone has a right to follow their dreams. Some of my colleagues from back then still own prosperous agencies and we do like to occasionally reminisce about that great part of our lives while staying friends. 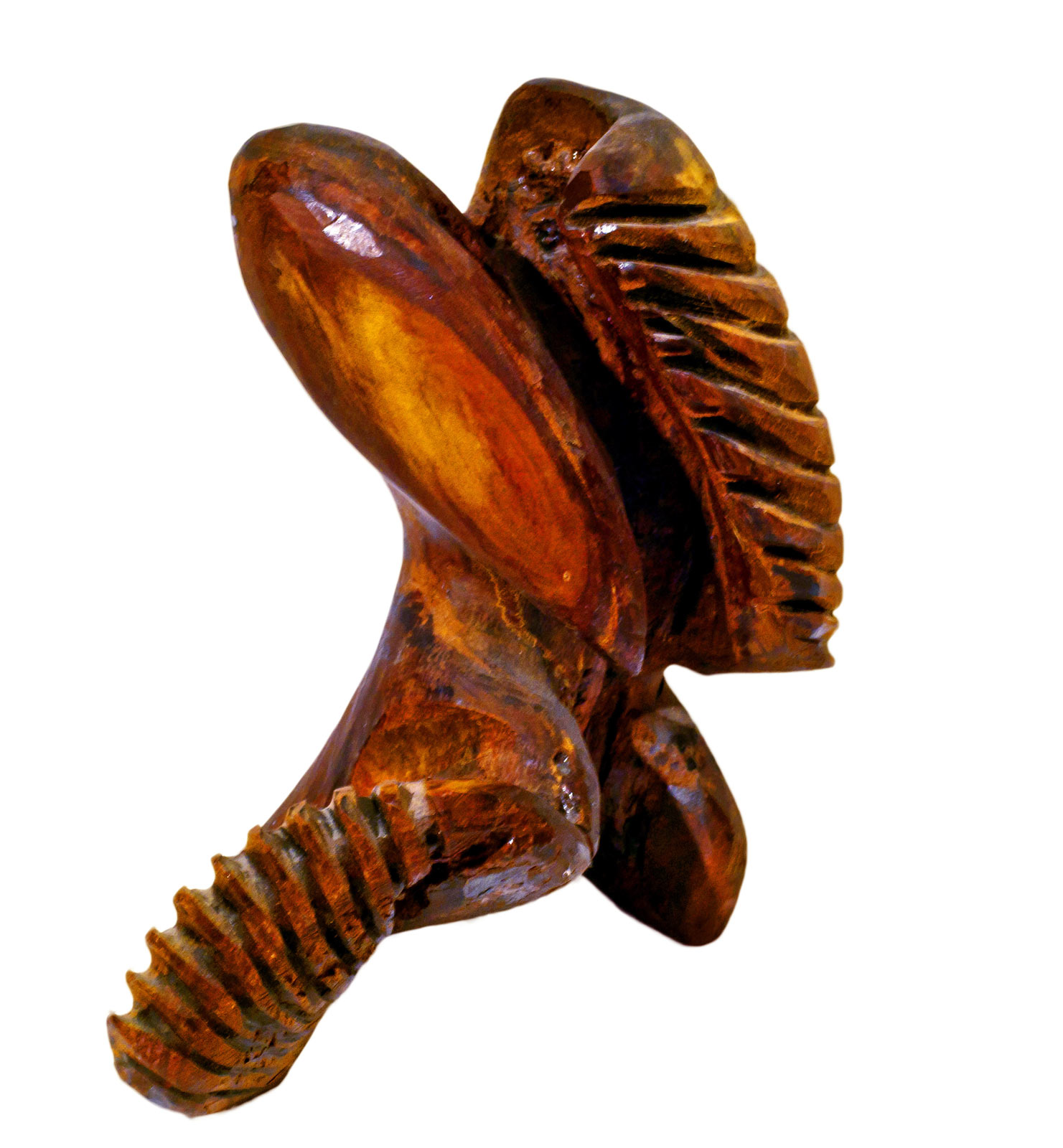 Wood is not only beautiful in nature but also when it comes to artistic work. I have been painting since I was a child but wood was always luring me. However, it is quite challenging to work with and also to find your ways with all the tools necessary. I was lucky enough that after several years, I found myself in the right circumstances. I had the whole carver workshop, including all the tools I honestly didn't know what to use for, available to use. For the first few months, I would just look around and enjoy the wonderful atmosphere it had. Then, the time would come for me to create something. But what? To create something practical or some engraving would be too complicated. I could feel a lot of creative energy circulating in me but could not figure out what to put it in. That lasted till I found, among all the wood I had lying around, a cherrytree log. It looked wonderful and interesting and it was reminding me of something so I decided that this is it - this is something I'm going to work with since it was pretty much ready and would not need so much work.

Gosh, how wrong I was. Cherrytree it indeed a beautiful piece of wood but so hard- there is a reason why we say 'hard as a log'. I tried all the tools I had but nothing seemed to be doing the job. It was a really really slow process. After a month of hard work, I started to tell myself that I can see a bird with wings in it, maybe a little abstract, but created with my own two hands. I displayed it in a special place and every time I would look at it, I would feel so proud. However, the longer I looked at it, the more I realized it was not quite 'it'. 'There is something to it', my inner voice would stay trying to pacify me but it didn't work. A great strength and patience is necessary when creating something right. The last drop was when I told to a friend of mine, who was celebrating his birthday, that he can choose one of my works as a present. When he came to visit and was looking around I would point his attention to the bird. 'What do you think?' I asked. 'Do you mean that piece of wood?'. And that was that. I would take 'the bird' and started to work on it some more. It fought with it a really long time and I even stopped several times. But eventually, the wood would start to listen to me and I could see a distinct beak and wings. When I finally finished the sculpture, I named it Swan. It is a small statue but I am very proud of myself that I didn't give up.