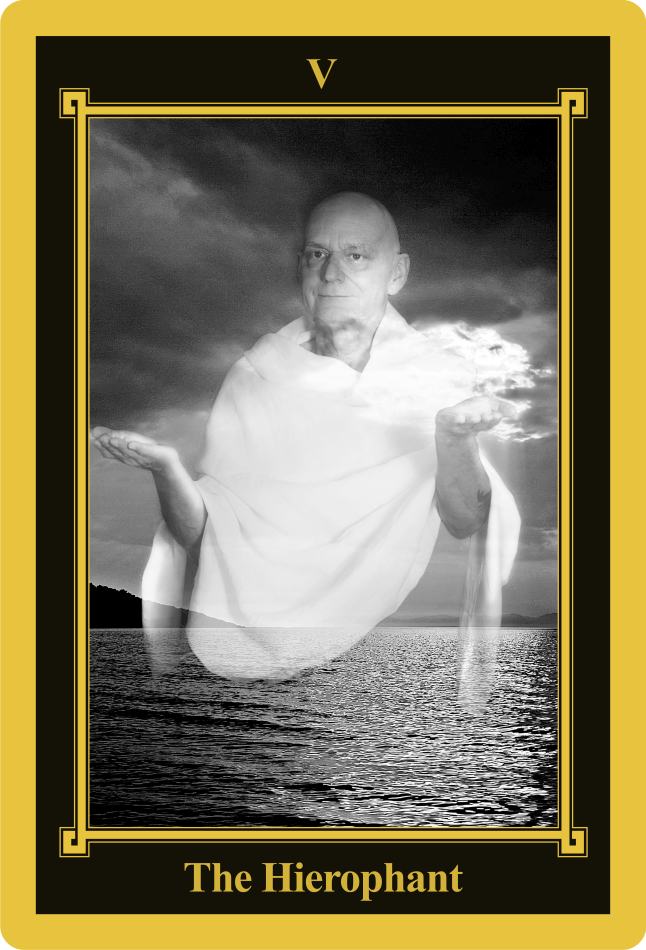 Inspiration for the interpretation of the card „Hierophant”

For illustration of the card “The Hierophant”, I chose one of my own experiences.

A Good Advice Is Priceless

Back then, I was a marketing specialist and a friend of mine, graduate of schools abroad, was giving lectures for an agency.  He once asked me if I would cover one of his lectures. ‘Of course’, I answered.

I didn’t even prepare that much because I already did couple of lectures such as this one in the past.

On the day, the lady who was organizing the event approached me and said:’ So the foreign trade starts in half an hour’. I was shocked- what do I know about foreign trade? But told myself that I would manage it somehow since it only lasts an hour.

‘Who is the lecturer following me and who is the audience?’ I asked.

‘Following you? You are having the lecture since 9 till 3PM and the class if full of people from the top management’. I was speechless. I realized that it was not about giving a lecture but about finding a problem that they would be happy to discuss and lead the discussion to some meaningful conclusion. So I entered and saw their faces as if they were saying ‘Who are you to give advice to professionals?’.

I started with some general info about foreign trade and questions for the audience to point out the areas in which they saw issues. And then it happened. Apparently, they were implementing a new system at work, which was causing troubles, because every top manager had his/her own priorities and this was something extra to their workload and no one had time to do it and they were not able to reach an agreement. This was my saving grace. At first it was quite intense since every single person was defending their approach. I asked if they thought that the new system would be a benefit for the company. They all agreed and so we started to analyse it, they started to open up and joined the discussion. Actually, it ended up being an informal work meeting with me being neutral host. We created a practical agenda, timeline and discussed all the potential risks. Time just flew by. All of a sudden it was 3 PM, the end of the ‘lecture’ and everyone was in such a flow that we continued for one more hour. They left happy and I was leaving content that the time was not wasted but that I helped them with solving something practical especially thanks to the fact that we were all equal there and opened to the ideas of those around us.