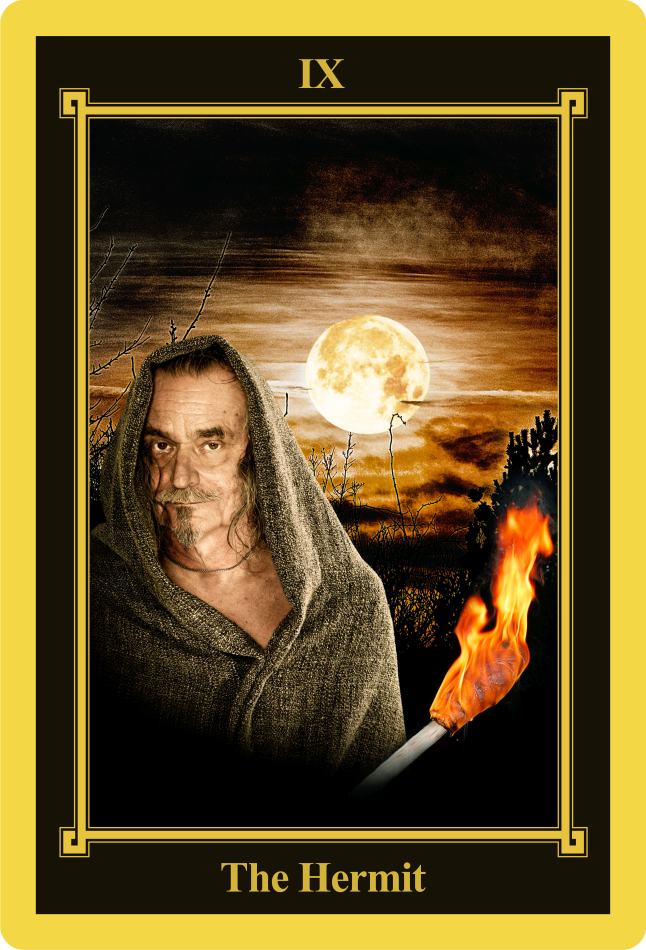 Tarot card "Hermit" and the zodiac sign of Virgo

If you’re born in a zodiac sign Virgo, the influence of this card might be warning you that you are drifting apart from people around you which might cause that you will end up alone. Virgos desire order and perfection while also being careful and punctual. They are hardworking and attentive, they can organize pretty much everything. They don’t like to cooperate with someone who does not fulfil their standards.

Virgos like to bring order to chaos. They are frugal, which might make them look like scrooges to other people. However, they can be very generous but only towards people whom they think deserve it. They never want to feel obliged or dependant on anyone. Virgos are independent which is why a lot of them can say single for long periods of time.

Out of all the people in my life, I have chosen a typical Virgo to illustrate the meaning of The Hermit card. 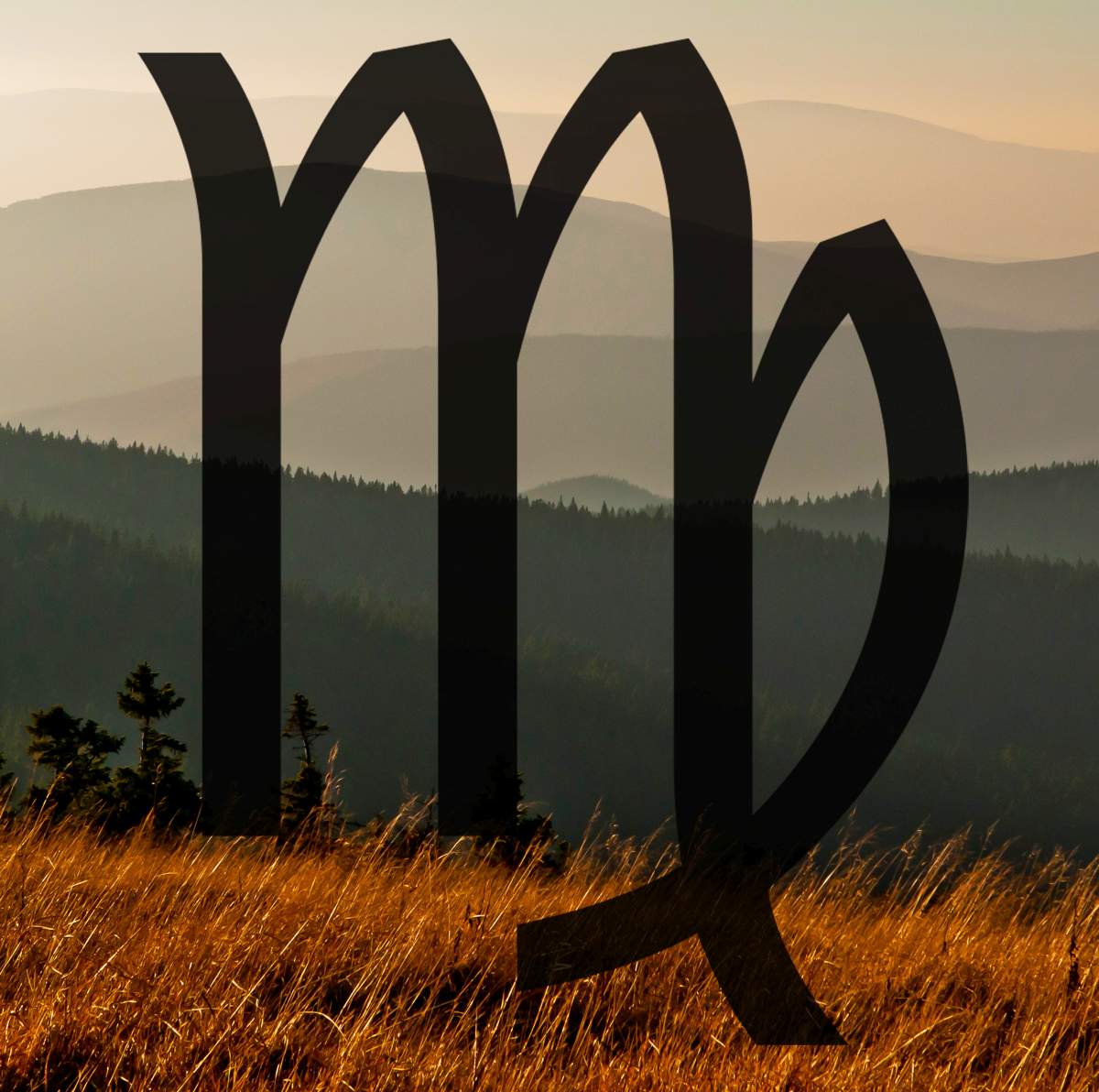 I don’t believe it

Virgos. Another important zodiac sign that has been accompanying me on my life journey. One of them is my adult son and 2 of my friends. All of them typical Virgos.

I have noticed typical Virgo characteristics during my son’s childhood. He was around 9, it was before Christmas, when he would investigate the entire family in order to figure out what presents he is going to get.

Due to his high intelligence, he was sure that Santa doesn’t exist quite early. I caught him thinking deeply by himself. I carefully asked what he was thinking of and all of a sudden he replied: ‘ Dad, do you think that Christmas is going to be even this year?’.

I was shocked. The had all his presents prepared and was concerned whether their value is going to be high enough compared to those he was about to receive but also if he didn’t overdo it. He wanted Christmas to be fair.

‘Son, it is admirable that you are thrift and you want to be just but there are certain days during the year, such as Christmas or your birthday, when we give presents out of love and we are not thinking whether we will get some return. We give them to people we love and the biggest gift for them is that we thought of them’ I answered.

He nodded to show understanding but I could see his doubt.

He always took care of his things since he was a little boy and always chose only high quality stuff, which also shows his economical nature. He was even able to lend his things to another person once he decided that he or she is as careful with them as he is. However, his thoroughness and a very specific view on live- because he believed that he lives the right way and if everybody followed his rules, there would be an order in the world- cause some problems in his relationships.

In his case, high school and university studies where the toughest. It is interesting that he started private high school focusing on German language. He soon understood that it was not the knowledge of students but rather the money, that was important to the school (I must add that it was shortly after the revolution). That’s why he opted out for a transfer to a different high school- he was able to recognize what is the best option for him even then. I was surprised when he chose to study multimedia at the university. During his first year, his assignments were not graded very highly. My son approached me saying he would like to quit. What he meant was that he is talented but they did not appreciate him. That was his first lesson in real life. In the end, he made it through and graduated. Once married, my lovely grandsons proved themselves to be a wonderful challenge. It took him some time to realize that other people might have different perspective on thing and that is what makes life so colorful (Scorpios like myself know that very well).

Now, I would like to talk a bit about a friend of mine, who is a bit older than me. When we were younger, I was the free spirit bohemian type and he took a role of an older brother who took care of me many times. I didn’t say no to occasional drinking back then. And so it happened several times that I would call him in the middle of the night that I will not be coming home. He would always dress up and get me home. Yes, true friendship. Our friendship was so deep he was the only one I would always trust to get me home and stop me from causing trouble no matter how drunk I got during parties.

However, we got older and realized there is a problem. As I started to live my own way, he began to see it as an injustice and started to emphasize more and more than his way is the only right one and neither me nor other people understand it. He started to regularly meet bunch of retired guys and bet on sports. After a while I started to notice and interesting phenomena so typical for Virgos. He started to assert an opinion he believed in and would not believe anything else. More and more, I would leave him speak and did not contradict what he was saying. And that’s when I started to notice 3 phases of showing disagreement.

The first one was ‘I don’t believe that’.

The second one, if the other person would not stop, was:’ I 100% believe only what I have been through’.

And if that did not stop the opposing party, there would be a cherry on top ‘This is nonsense’.

And that was the end of the debate.

One time, while he was betting, I revealed this secret 3 phased system to his senior friends. He came back and they waited for what is going to happen next. Everything was going as predicted- even the cherry on top at the end. After each phase, his friends would start laughing and the poor guy did not understand what was happening till I explained it to him and apologized for the prank. I am a Scorpio after all, we like pranks. We both understood this was just a joke but to tell you the truth, his behaviour would frequently get him into situations where he would be left standing alone because other people would not understand him. But he didn’t mind, he was convinced it was not his fault and as a hermit, he would go for long rides on a bike because he didn’t need anyone else.