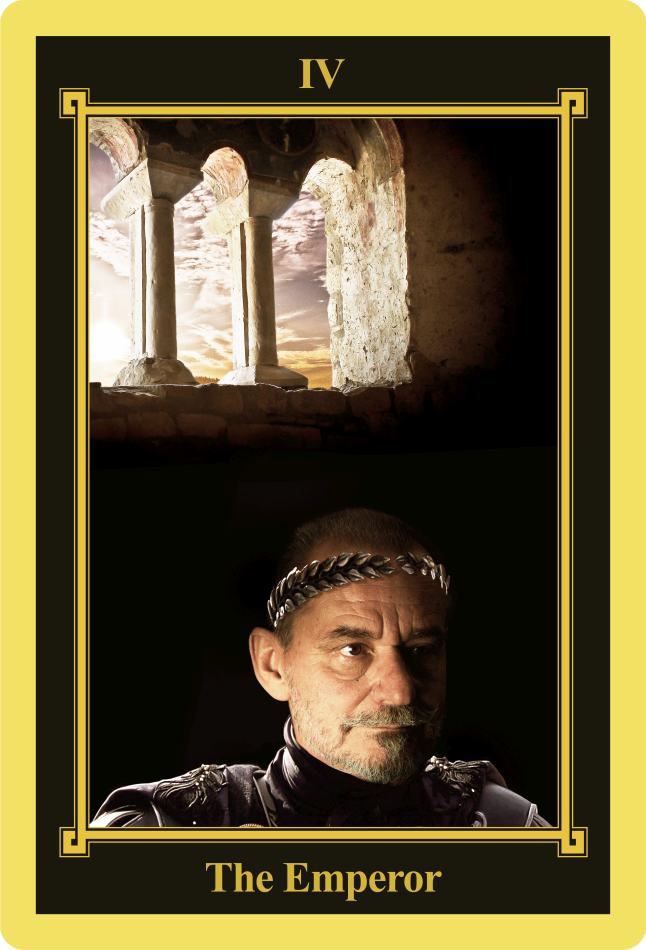 Inspiration for the interpretation of the card „The Emperor”

For illustration of the card “The Emperor”, I chose one of my own experiences.

Couple of years ago, I have received an offer from an acquaintance of mine to take up a job of marketing director/ business manager. I was very ambitious and self-confident at that time. It was a challenge but I decided to take the job since I felt unappreciated at work. The co-owner was Slovak who helped to build a branch in Slovakia. He was a confident man who was quite kind to me but there was something that bothered me about him. And it didn’t take long to show what it was. He got the owners Amex Gold Cards so that they wouldn’t get involved in managing the company and he eventually led the company to huge financial troubles. And he left afterwards.

I saw an opportunity to show what I can do. I had to handle tens of sales reps, whom the company owed their money, and manage my team on top of that. I remember one situation in particular. My subordinate was a professor much older than me who was excited about the fact that he will finally be able to make decisions independently and not just complete given tasks. I have even given him the authority to do that.

He was well known for his liking of the game ‘minesweeper’, which was then one of the most popular simple games. Once, when I accidentally on purpose forgot to knock while entering his office, I found the professor playing the game. He tried to give me some excuses but then admitted he was playing.  ‘Professor, so long as everything is working as it should be, do what you want’, was my answer. We were both relieved. Unfortunately, it didn’t last long. After just a short while, the professor rushed into my office saying that we have a problem.

‘Do you have the authority to deal with it?’, I asked.

‘So it’s your problem’ I told him.

Ever since then I was the boss who doesn’t do anything and leaves all the work and responsibility on others.

Step by step, I managed to handle this complicated situation at work- of course, in my own way. I even had time to attend marketing lectured and overall, everything was going good for me. I would like to emphasize that it was going good for me because the owners to a liking to a foreign-trained manager - whom they made a business manager- and I became ‘just’ marketing director. But that meant I couldn’t organize everything my way. Despite the fact that the person was very kind to me, I couldn’t take it and left the company to start my own marketing agency, which ended up in bankruptcy. Speaking of vanity, right? But that’s a different story…