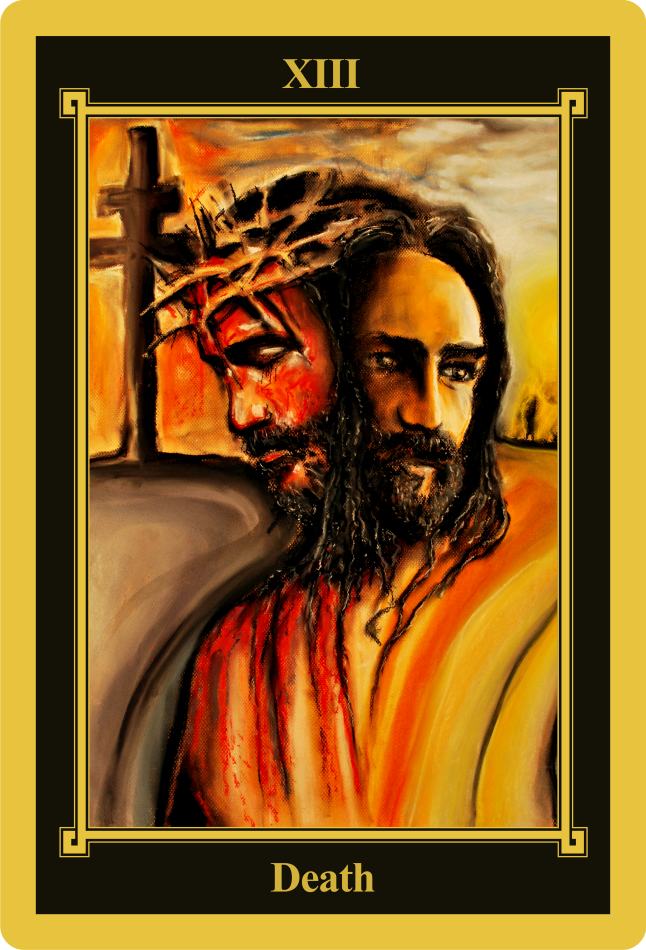 Inspiration for the interpretation of the card „Death / Rebirth”

For illustration of the card “Death / Rebirth”, I chose one of my own experiences.

Before I turned sixty, I basically managed to fulfil all my dreams, but there was always a price to pay.

Maybe one day, you will find my life confession here which, if I will be able to write it, will empower someone, and that would fulfil my last dream.

But today I would only like to briefly describe my rises and falls, which the card “Death/Rebirth” in interpretation describes in connection with Scorpio.

I would only like to add, that until my heart attack, I didn't have the time to reminisce, I was always moving forward, and after the heart attack my subconscious repressed all long-term memories, so when everybody at reunions was reminiscing, I couldn't remember almost anything. The reason, I think, was that you cannot separate the nice memories from the bad ones, which is why my subconscious was protecting me. It didn't want me to be stressed again, so I didn't remember anything. I wasn't ready.

But now I can. It is like discovering myself all over again and after all these years, I am amazed at everything I have lived through and now I am not only able to write it down, but also to take the positive with the negative together as one beautiful life.

That also leads me to the fact that today it is not so important to me how long I have to live, but to live every day I am still here with love for myself and for others.

Which brings us to relative time. I could never tell myself: by then and then it is going to be like this. Only when I understood something and the old ended, I could and can move on, independent of how long, in my vision of time, it took or is taking.

Take archaeologists as an example. They do not care about the time before Christ and after Christ in the same way that we do. They say that the stone age was here millions of years ago. Astrologists also say that the Earth will be destroyed, because in two hundred million years it will collide with the Moon. And that is a very short time for them. And we would like the problems of the society we live in to be solved immediately (during our lifetime), but we don't want to accept that it is maybe a matter of two or three generations. And our personal problems in marriage, family, work…we would like to either solve  them immediately or tomorrow at the latest.

In my dreams, ever since I was fourteen years old, I wanted to create, to paint, to write and to understand people. But as you can see, when it comes to writing, I had to wait until I was sixty. Fortunately, I never gave up on my dream. I was patient and I believed it would happen one day.

Then again, it all depends on what time period we see as being patient. I can only say that I met my love from when I was eighteen only after two failed marriages and thirty years have passed. Not even I could hope in anything like that, but I believed that something nice was still in store for me.

I have tried to believe in myself and in the people around me my whole life. In spite of all the disappointments, there were also beautiful moments which were worth it. The older I got, the more I started to see the disappointments as calls for self-reflexion and do something with myself.

First, the positive. What went well for me?

I managed to finish primary and secondary school with honours. I became a chemist and I was able to finish my evening school of applied arts, as well as my distance study at the Faculty of Arts. I remember my beautiful first memory from when I was a child. My mother was alone with me and my sister, she worked twelve hours a day to make ends meet. I was ten at the time and I visited an athletic stadium, where they sometimes held races. So I applied for a three hundred metre run. I won and I brought back home the diploma and a toy mandolin which I got as a prize. I was proud of myself for what I achieved a for my mother being proud of me, as I could make her happy by being independent and reliable.

I can also still see the tears in her eyes during my graduation ceremony. She thought I couldn't do it, because she failed and so I had to do the same. It was above all her and her newly gained pride and motivation to prove herself that made me be able to bounce back after almost hitting rock bottom.

I have made more than one hundred paintings so far. It fills me with tremendous joy when I meet someone and they tell me that they have my painting in their home and that it still speaks to them and brings them joy.

I have also written a couple of poems, I was successful in sports and now I write stories.

I have become a successful manager. I've been through various jobs, from a chemist and an artist, an editor, deputy of headmaster at a vocational school, to a head of marketing of big companies, a business owner and an independent advisor.

My children are happy and my grandchildren are beautiful. I have always insisted that my children be independent, so instead of bossing them around, I just pushed them slightly at times. My daughter could always throw me off balance when she was a teenager and got into trouble. I took her aside and in a fatherly way tried to explain to her what she did wrong. She looked me straight in the eye and said: “Daddy, I know.” And that was disarming. She was well aware of what she had done. And I couldn't say anything.

Years later, I was able to pay her back. It was in a pub that she and her husband rented in the English countryside. I came to visit them and although I don't speak any English, I started drinking with a local farmer. After a minute or two, we were getting on very well, courtesy of facial expressions and alcohol. We were so into it that we started drinking more than we should have. My daughter came in. She looked at me and said:

“Daddy, you're overdoing it!”

She stopped in her tracks. She remembered.

“But you cannot say that, only I can. You're the wise one, you're my Dad.”

“Oh, but I can. Now I am the rascal and you're the responsible one.”

We laughed. I said goodnight and I went to bed. I was the rascal after all. I looked back one more time and saw the relief in her eyes. I fell asleep with the nice feeling how well I brought her up. 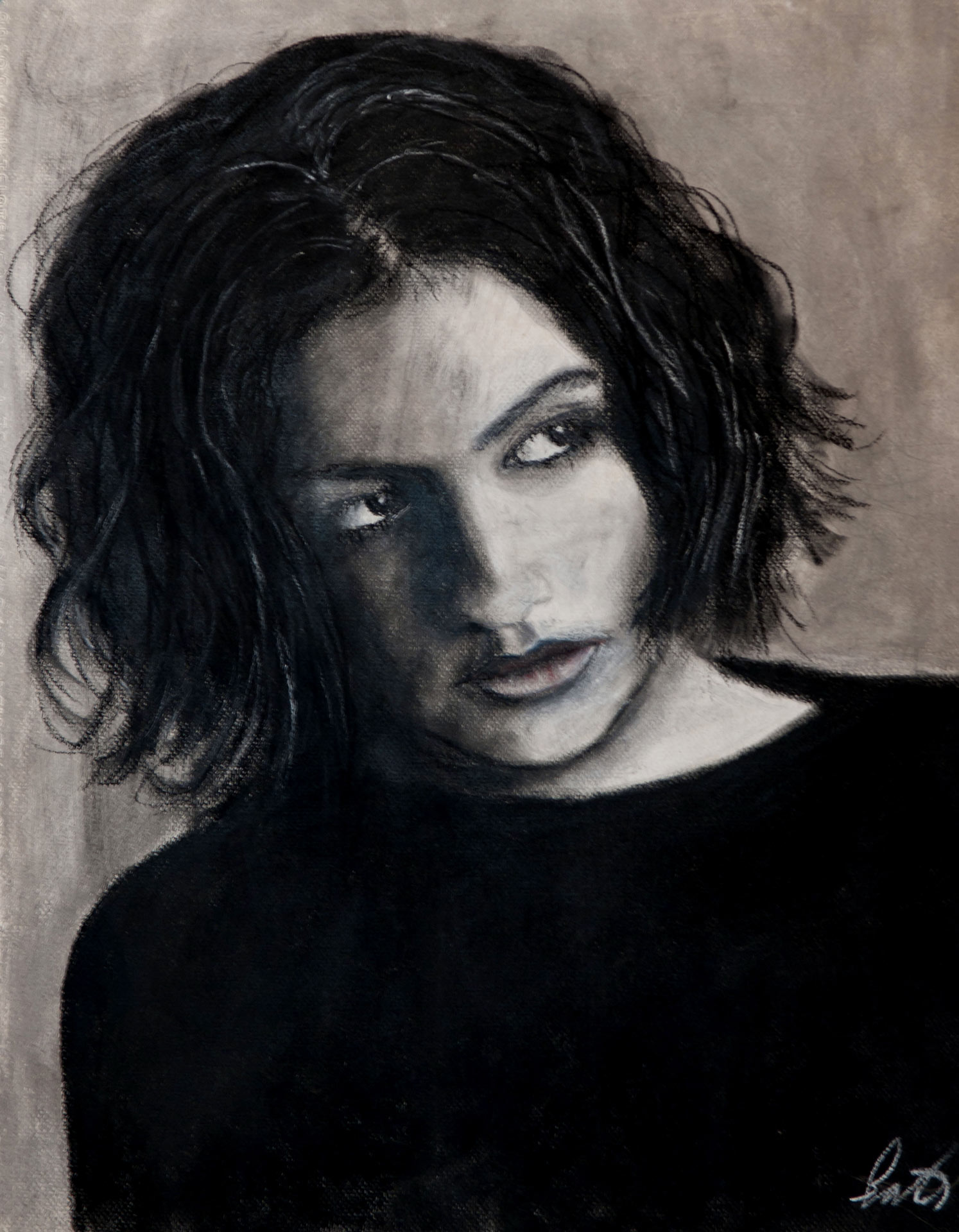 And what about my falls?

I didn't know what it is to have a complete family, on the contrary, I got to know a few “not-so-good fathers”. Because of mother worked a lot so she could feed us, I took over the role of the man of the family and I took care of my younger sister. When I was a teenager I couldn't handle the burden of this role anymore. When I was eighteen, I attempted suicide and ended up in rehab, because I couldn't figure out what my purpose in this world was.

Despite my good grades at secondary school, I wasn't able to continue to high school due to political reasons, which cast a bad light on my mother.

I divorced twice, probably because I was too naïve (maybe I wanted an ideal family which I've never had) and inadvertently even egotistic (I selfishly wanted to fulfil my dreams). I was working a lot and I was also studying during both marriages and in the short moments when I was at home I was trying to make up for all the lost time. But it was impossible at the time. So I was running away to one-night stands and to my friends instead of trying to find solutions to my problems. I didn't want to hurt anyone, but I caused pain to everyone around me, including myself. Now I know that.

When I was fifty I ended up having a heart attack due to my hectic life. A year later, I had to have more than twenty polyps removed from my colon. Colonoscopy is a walk in the park in comparison. They had to chisel out my wisdom teeth from bone twice. My eye doctor said she has never in her life seen a more deviated cornea than mine. For ten years I was paying off millions on debts and faced seizure of property.

Today I know that that is life. It might be quite extreme in my case, but as a Scorpio with the life card “Death/Rebirth” and ascendant in Capricorn I understand that rises and falls were always part of my personality and that it all goes together and it wouldn't make sense one without the other and neither would my life. In spite of all of this, I have always had my life in my hands and it is only up to me how I approach it. If I cannot handle it, I can always expect life to do thing its own way and I may not always like that.